The recent terror attacks in San Bernardino, California have brought to the forefront the subject of Islamic radicalization that is being spread from Pakistan (and Saudi Arabia). The country of Pakistan has long been a haven for radical Islamic terrorism with many radical Islamic organizations and terror groups that call it home.

Digging deeper into the problem and researching these recent terrorist attacks have unveiled a Canadian Muslim voice who has long been warning about this Islamist agenda. Sadly his views seem to have been falling on the deaf politically correct ears.

Tarek Fatah is the founder of Muslim Canadian Congress and has been fighting to expose the Islamism being perpetrated by Pakistan, Saudi Arabia, Qatar, Turkey and radical organizations like the Muslim Brotherhood. The formula is simple: Saudi Arabia, Qatar and some of the other rich Gulf states provide funding in the form of hundreds of millions of dollars every year to build and fund mosques, madrassas and other Islamist organizations. Pakistan provides many of the preachers/clerics, teachers, foot soldiers and ideologues for training. In some of his talks Mr Fatah also contrasts this to countries like India, Malaysia, Indonesia that also have very large Muslim populations but not as much of an Islamic radicalization problem.

Here is Mr. Fatah warning against the terror threat to Canada in testimony to the Canadian Senate.

The man is both knowledgeable and passionate about the problem of Islamism in Canada. The scourge of radical Islam that he wished to spare himself and his family from when they moved to Canada from Pakistan, is now in full force in Canada.

Here are a couple of very good videos where Mr. Fatah dispenses some invaluable insight on the threat.

END_OF_DOCUMENT_TOKEN_TO_BE_REPLACED

Pakistan may be young as a country, but it has already built up a history of political instability, rising Islamic fundamentalism and a knack of using terrorists as its pawns when it needs plausible deniability. The post 9/11 War on Terror put Pakistan under some scrutiny but the country continues to be directed by the very power military and intelligence establishments. The tragic massacre of over 100 school children by the Tehreek-e-Taliban Pakistan (Pakistani Taliban) in December seems to have changed a lot of the attitudes. The country has created military courts to try suspected terrorists and prescribe the death penalty where appropriate. This type of military justice should and has, human rights organizations concerned as the tragic killings are being seen as a license to persecute those whose agendas do not align with the military and intelligence interests. Matthew Green looks at Pakistan’s most recent and previous history with violence, religion and terrorism. 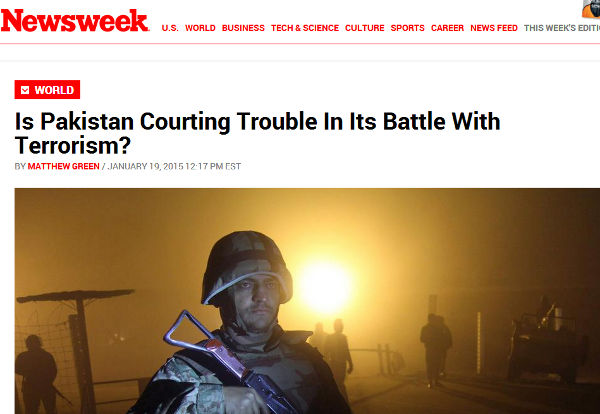 Will the Pakistani government and other interests finally crack down on terrorism?

“The army has denied wrongdoing in Baluchistan and elsewhere—but the well-documented reports have done little to inspire confidence. Neither has the government’s insistence that the new military courts will only be used to hear clear-cut cases of terrorism, which seems to imply a suspect will have been effectively convicted even before reaching the dock. “It has really reversed the principle of being innocent until proven guilty,” said Zohra Yusuf, chair of the Human Rights Commission of Pakistan. “The military becomes jury and judge.”

Beyond ill-at-ease progressives and concerned citizens on the frontier, the prospect of military courts has stirred opposition from a less obvious corner: conservative religious political parties, which have traditionally been broadly aligned with the security establishment. Several fear wording in the amendment explicitly authorizing the courts to try cases of sectarian or religiously motivated terrorism may foreshadow moves to start hauling away students and clerics from madrassas preaching the same Deobandi sect of Islam followed by most Pakistani militants.” (Newsweek)

A suicide bombing at the Pakistani border at Wagah has killed 60 and wounded over a hundred. This may well have been just one part of a series of attacks in this area that were subsequently prevented by the security services. This Indian-Pakistani border crossing features a daily guard ceremony which is a carefully choreographed part spectacle, part military tradition and is attended by hundreds of people on both sides of the border with nationalistic fervor. In this attack on Sunday the bomber detonated explosives near the outer portion of the event as people were leaving the area once the border activities had finished. The Taliban splinter group Jamaat-ul-Ahrar, based in the north-western region of Pakistan is reported to have taken responsibility for this terrorist attack. 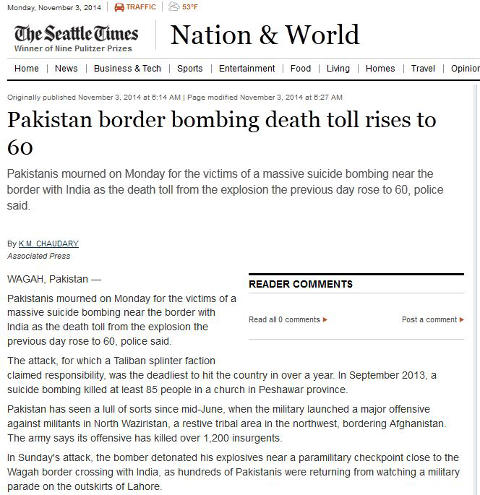 “The Pakistani Taliban splinter group Jamaat-ul-Ahrar claimed responsibility for the attack, saying it was in revenge for the army’s operations in North Waziristan and the killing of their fellow militants there. Ahrar broke off from the Taliban in August, after several commanders had a falling out with the rest of the Taliban leadership.

“We will continue such attacks,” the group’s spokesman, Ahsanullah Ahsan, told The Associated Press. He spoke over the phone from an undisclosed location.” (Seattle Times/AP) 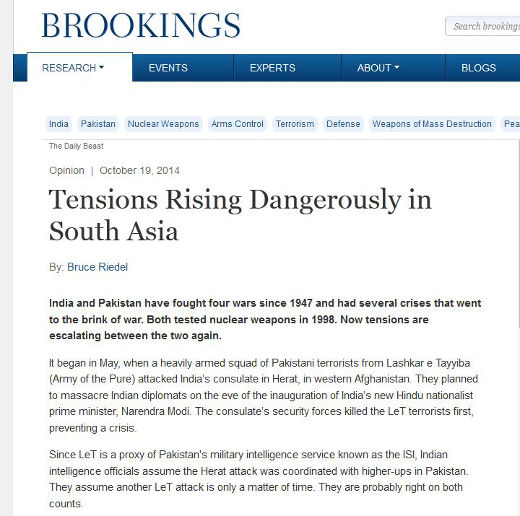 A plausible retort may well be, “It has been sliding in that direction for years, maybe decades”. Former Pakistani politician and scholar Farahnaz Ispahani and Nina Shea of the Hudson Institute’s Center for Religious Freedom provide a view of the Pakistani state and the interwoven hand of Islamist ideology spreading extremism throughout society. 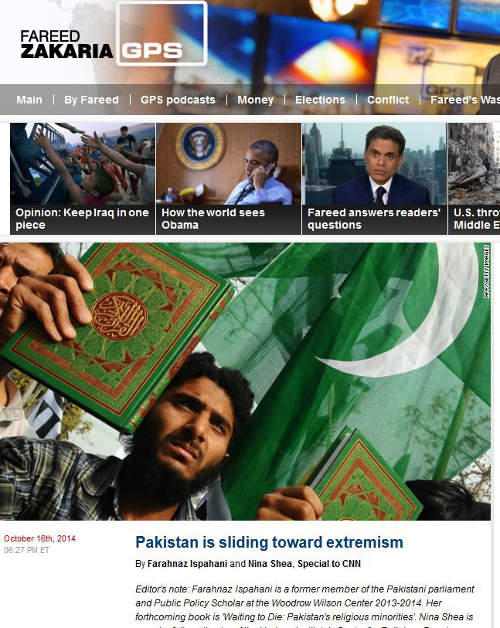 The reality is that Pakistan is facing a serious problem, with the mushrooming of Islamist appeal within Pakistani society reminding us that we risk seeing the Talibanization not simply of a small minority of ordinary citizens, but large swathes of the populace of the world’s second largest – and only nuclear-armed – Muslim country…

State laws and practices relating to Islamic blasphemy, in particular, are increasingly suppressing moderate voices, while allowing extremists to dominate cultural discourse and learning. As a result, extremism is making ideological inroads into wider and wider segments of the population.

With the “War on Terror” now shifting its focus away from Pakistan’s backyard to the Islamic State in Syria/Iraq and the upsurge of political wranglings in Pakistan, many experts have already predicted that the Pakistani state will go back to the tried and true tactic of revving up its subversive activities against India.