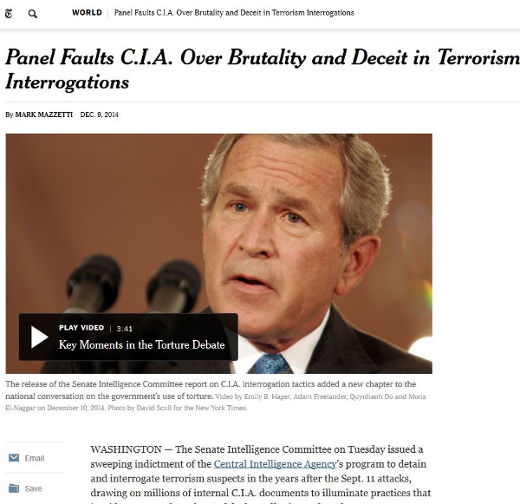 Journalist and commentator Gwynne Dyer puts forth a view that we have been duped into a “War on Terrorism” that will lead to bad outcomes for the world. His thesis revolves around the belief that the fundamentalist Islamists really want to take over the Muslim countries and to create a groundswell of local support, they needed a whipping horse. The West has provided this by invading and bombing Muslim countries, thus creating more and more freedom fighters/martyrs/terrorists. Some may consider this an overly simplistic view but it if for nothing else, it does tie in the complex subject of fundamentalist terrorism into an easy to digest morsel. Geo-politics, religion, access to natural resources, etc. would round out the analysis. 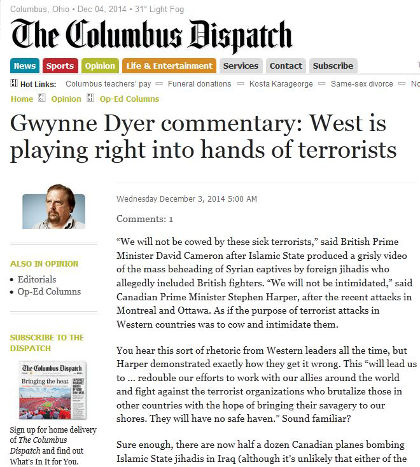 The purpose of major terrorist activities directed at the West, from the 9/11 attacks to Islamic State videos, is not to “cow” or “intimidate” Western countries. It is to get those countries to bomb Muslim countries or, better yet, invade them. The terrorists want to come to power in Muslim countries, not in Canada or Britain or the U.S. And the best way to establish your revolutionary credentials and recruit local supporters is to get the West to attack you….

…The invasions, the drone strikes in Pakistan, Yemen and Africa, the whole lumbering apparatus of the “global war on terrorism” have not killed the terrorist beast. They have fed it, and the beast has grown very large: 3,361 people were killed by terrorism in 2000; 17,958 were killed by it last year.

At least 80 percent of these people were Muslims, and the vast majority of those who killed them were also Muslims: the terrorists of Islamic State, Boko Haram in Nigeria, the Taliban in Afghanistan and Pakistan, and al-Qaida and its offspring in other parts of the world (such as al-Shebab in northeast Africa)… (The Columbus Dispatch) 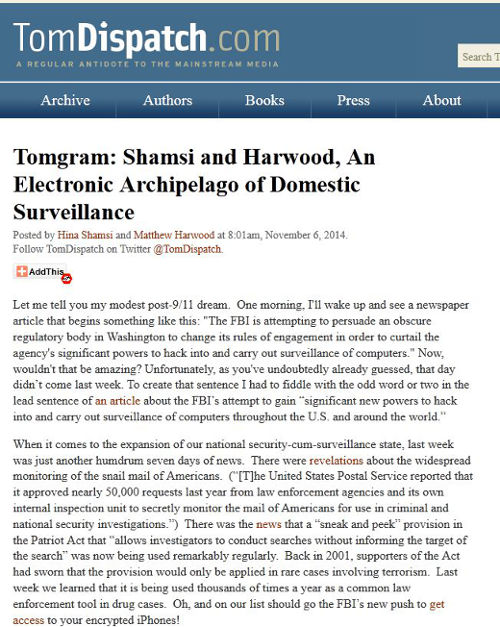 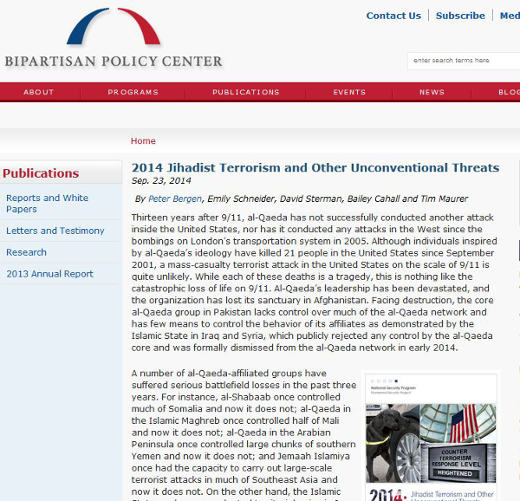