Steve Killelea’s Vision for Humanity has released its 2014 report on Global Terrorism. Their PR campaign around this release is certainly in full force as there are tens if not hundreds of articles, blog entries and multiples more tweets and shares pushing some of their main points:

Similar to a post we had last week, not much media attention to how rare terrorism related deaths still are. There are 40 times more more deaths by homicide than terrorism and 75 countries in the world had no incidents of terrorism. 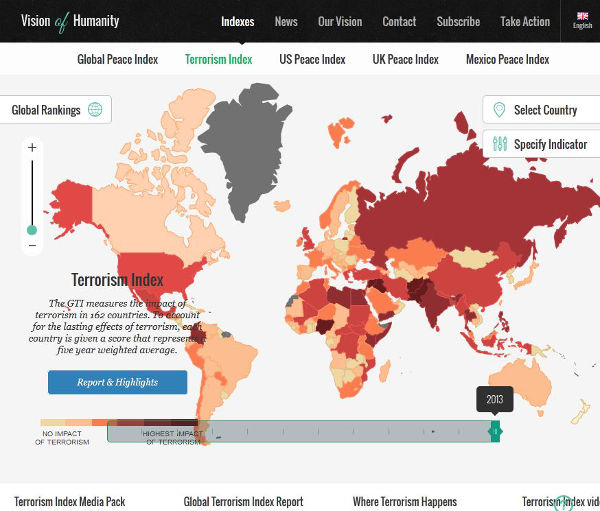 The Global Terrorism Index, produced by Institute for Economics & Peace, ranks countries according the impact of terrorist activities as well as analysing the economic and social dimensions associated with terrorism.

The index scores 162 countries, covering 99.6% of the world’s population, and examines trends from 2000 to 2013. The indicators used include the number of terrorist incidents, fatalities, injuries and property damage.