“Most North Americans have no idea of the brutal torture that victims of the terrorist attacks in Paris and Dhaka endured.”

That is a broad statement but it is most likely right on the money. Whether government enforced or self censorship, we are is an alarming situation when it comes to (not) reporting of the facts by the mainstream media.

Reports translating and analyzing the release of a French parliamentary committee investigation are full of eye witness accounts and postmortem evidence of ghastly torture of many victims by the hands of Islamic terrorists at the Bataclan theater in Paris.

“The 14-hour testimony about the November attacks took place March 21st. According to this testimony, Wahhabist killers reportedly gouged out eyes, castrated victims, and shoved their testicles in their mouths. They may also have disemboweled some poor souls. Women were reportedly stabbed in the genitals – and the torture was, victims told police, filmed for Daesh or Islamic State propaganda. For that reason, medics did not release the bodies of torture victims to the families, investigators said.”

On an eerily similar note, victims of the terror attack at the Holey Artisan bakery in Dhaka, Bangladesh seem to have also met with slow torturous deaths and postmortem mutilation. Though reported in the local press, it was largely suppressed that only those who were determined to not be Muslim were tortured and killed.

“The gunmen were doing a background check on religion by asking everyone to recite from the Quran. Those who could recite a verse or two were spared. The others were tortured.”

The details of what the Italian, Japanese, Indian and American victims went through are absolutely inhumane and brutal.

“The Dhaka cafe terror attack victims, especially women, were brutally tortured before being killed by the militants on the fateful night of 1 July at the Holey Artisan Bakery in the Gulshan neighbourhood in the capital, the post-mortem reports show. Indian national Tarishi Jain was reportedly subjected to the maximum torture among the 10 female victims, with signs of about 30 to 40 stabbings all over her body…”

“…The attackers did not even spare seven-month pregnant Maria Riboli of Italy, who too was killed brutally despite her physical condition. She reportedly pleaded with the attackers to let her go, yet they killed her. Among the victims were two Bangladeshi women – Ishrat Akhond and Abinta Kabir. Their post-mortem reports also show torture and a number of stab injuries on their bodies. In a more brutal assault, the militants even smashed Akhond’s head after killing her..”

“The inquest reports found torture signs on the bodies of some male victims, with body parts severed and heads cut into pieces…”

This barbarism should make everyone sick – but it is not being reported or discussed to the extent that it should be, in the mainstream media. One has to wonder why and if the concerns around not offending a group have overtaken what society at large has a right to know, so that it can ask tough questions and push for a public reformation. Islamic terror cannot be fought as a anti-terrorism campaign using just criminal justice or military means.

America is reeling from the gruesome murder of 49 and injuries to another 53 victims of the terrorist act committed by Omar Mateen at a gay night club in Orlando, Florida. There are many articles and tweets about Mateen’s background but here are some key things to remember about this Islamic terrorist.

The recent terror attacks in San Bernardino, California have brought to the forefront the subject of Islamic radicalization that is being spread from Pakistan (and Saudi Arabia). The country of Pakistan has long been a haven for radical Islamic terrorism with many radical Islamic organizations and terror groups that call it home.

Digging deeper into the problem and researching these recent terrorist attacks have unveiled a Canadian Muslim voice who has long been warning about this Islamist agenda. Sadly his views seem to have been falling on the deaf politically correct ears.

Tarek Fatah is the founder of Muslim Canadian Congress and has been fighting to expose the Islamism being perpetrated by Pakistan, Saudi Arabia, Qatar, Turkey and radical organizations like the Muslim Brotherhood. The formula is simple: Saudi Arabia, Qatar and some of the other rich Gulf states provide funding in the form of hundreds of millions of dollars every year to build and fund mosques, madrassas and other Islamist organizations. Pakistan provides many of the preachers/clerics, teachers, foot soldiers and ideologues for training. In some of his talks Mr Fatah also contrasts this to countries like India, Malaysia, Indonesia that also have very large Muslim populations but not as much of an Islamic radicalization problem.

Here is Mr. Fatah warning against the terror threat to Canada in testimony to the Canadian Senate.

The man is both knowledgeable and passionate about the problem of Islamism in Canada. The scourge of radical Islam that he wished to spare himself and his family from when they moved to Canada from Pakistan, is now in full force in Canada.

Here are a couple of very good videos where Mr. Fatah dispenses some invaluable insight on the threat.

END_OF_DOCUMENT_TOKEN_TO_BE_REPLACED 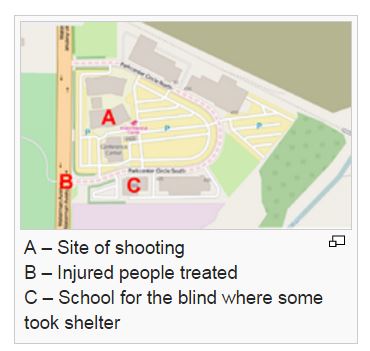 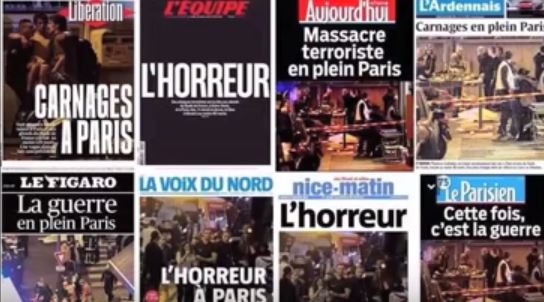